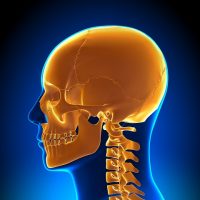 Craniosynostosis, a condition characterized by premature fusion of the sutures between the various bones of the skull can occur at one suture or at multiple sutures simultaneously. The latter case is considered to be extremely urgent from the neurological point of view due to the risk of an increase in intracranial pressure, which can cause brain damage. A special operation to open the fused sutures allows for the effective treatment of the condition, ensuring the infant’s safety and preventing future damage.

The Neurosurgical Center for Excellence at Herzliya Medical Center performs numerous operations for the repair of Craniosynostosis, including neurosurgical procedures for the treatment of premature fusion of multiple cranial sutures. The hospital has outstanding success rates in these operations, putting it on par with the most advanced hospitals in the world.

A condition in which several sutures of the skull fuse in parallel can be one of the characteristics of Crouzon Syndrome or Apert Syndrome, which cause deformities in the structure of the skull and the face. That said, in many cases the sutures fuse prematurely without any known cause.

The premature fusion of multiple cranial sutures causes, first and foremost, impairment of the rate of growth of the skull and deformity of its shape, causing it to be smaller than normal and cone-like. While premature fusion of just one suture is typically an aesthetic problem only, the implications are considered to be more severe in the case of fusion of multiple sutures simultaneously as it can result in increased intracranial pressure (due to a limited skull volume), which can cause brain damage and a range of neurological problems. Therefore, this condition requires urgent surgery at any age.

The diagnosis of the fusion of multiple skull sutures (a condition known as oxycephaly) typically begins with the identification of a number of symptoms characteristic of increased intracranial pressure, particularly headaches and nausea. Accordingly, a range of imaging scans, such as head CT, MRI, x-ray and the like, are performed to provide the medical team with the most accurate picture of the state of the skull before they operate.

Thanks to the advanced equipment available to the medical team of the Radiology Center at Herzliya Medical Center, the diagnosis is made with the utmost accuracy to provide the medical team with all of the information they need in order to prepare for the operation.

The only treatment currently available for oxycephaly is surgery. The operation is performed only once the symptoms are noticed and therefore the age range of the patients that undergo the operation is relatively wide: sometimes it is performed during the first months of an infant’s life and sometimes around the age of 1 year. Either way, the surgery is performed urgently as soon as the symptoms are recognized in order to prevent irreversible neurological damage in the future.

The operation typically lasts around 3-4 hours, depending on the nature and extent of the problem. During the operation, the prematurely fused sutures are separated and the bones of the skull are adjusted and moved to their proper positions. This allows the medical team to ensure that the skull will resume proper development and that the intracranial pressure will decrease significantly to a normal level.

It should be remembered that recovery from the surgery can last a relatively long time, even months. During the first six months following the operation, you will be invited with your child to various follow up visits to ensure that your child’s skull is developing properly and that the surgery fully achieved the desired results.

Prof. Shlomo Constantini and his team perform a wide range of Craniosynostosis repair operations at Herzliya Medical Center. Professor Constantini has extensive experience performing these procedures and is considered to be one of the world’s leading experts in the field.

Does your child suffer from premature fusion of multiple cranial sutures?

Do you want to ensure that they receive the best possible care?

Contact us today at the Neurosurgical Center for Excellence at Herzliya Medical Center.