Surgical Repair of the Coronal Suture 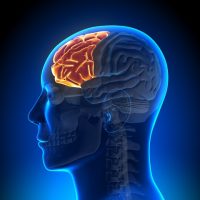 The coronal suture makes up a significant portion of the junction between the bones of the crown and the bones of the forehead – an area known as the anterior fontanel. Fusion of the coronal suture can occur on one side of the skull or both sides simultaneously. Both conditions result in deformities in the shape of the skull and can even result in brain damage – particularly in the event of premature fusion on both sides of the suture.

Prof. Shlomo Constantini, the leading specialist in pediatric neurosurgical procedures at Herzliya Medical Center is highly experienced in the treatment of both of these conditions. He has performed hundreds of such surgeries to date with outstanding success rates.

Premature Fusion of the Coronal Suture: Characteristics and Methods for Diagnosis

The coronal suture separates between the bones of the crown (which form a significant portion of the top part of the skull) and the frontal bones, which form the forehead. The suture runs along the width of the skull in the front portion, just behind the hairline.

Premature fusion of the coronal suture can occur in one of two ways, and in both it is apparent as a significant deformity in the shape of the skull:

The changes in appearance alone require medical intervention – but this intervention is performed only after final diagnosis using the most advanced imaging tools, which are available at the advanced Radiology Center at Herzliya Medical Center. These tools allow the medical team to determine whether the premature fusion occurred on one side or both, whether the fusion is in its early stages and the state of the entire skull (as nearly all of the various bones of the skull are affected in some way or another by premature fusion of the coronal suture).

Note that premature fusion of the coronal suture on both sides is characteristic of two medically known syndromes: Crouzon Syndrome and Apert Syndrome, which cause severe deformities in skull and face shape. That said, the condition can appear even in the absence of these syndromes.

Treatment of Premature Fusion of the Coronal Suture

Whether the premature fusion is on one or both sides of the coronal suture, the condition requires surgical intervention by a specialist in pediatric neurosurgery and skull deformities in infants. One of the world experts in both these fields is Prof. Shlomo Constantini – one of the senior surgeons at Herzliya Medical Center.

During the operation, the surgeon “repairs” the shape of the skull and the orbital roof after re-opening the suture, leaving a normal gap of a few centimeters. After returning the skull to its proper shape, the surgeon stabilizes the bones of the skull using special plates or absorbable sutures that will disappear over time and ensure the stability of the skull during the initial months after the operation. The surgery is performed in the same manner if the premature fusion is the result of Crouzon or Apert syndrome, with consideration for the various characteristics of the particular syndrome.

Are you concerned that your child is suffering from premature fusion of the coronal suture?

Are you interested in a receiving a rapid diagnosis and the world’s highest level of surgical repair?

Contact us today and make sure that your child receives treatment by the top experts in Craniosynostosis, who work at Herzliya Medical Center.