Surgical Repair of the Metopic Suture 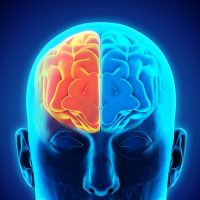 Premature fusion of the metopic suture, the suture that connects between the two frontal bones of the skull, is one of a range of conditions known collectively as Craniosynostosis. This condition is likely to cause significant aesthetic deformities in the skull, including the formation of a “triangular” shaped head.

An operation by surgeons who specialize in the treatment of Craniosynostosis at Herzliya Medical Center will ensure that your child will receive the highest standard of care while ensuring proper physical and cognitive development.

Premature Fusion of the Metopic Suture: Characteristics and Methods for Diagnosis

The metopic suture connects between the two frontal bones of the skull, which form the forehead. During proper skull development, the metopic suture begins to fuse around the age of one year, and this process of fusion continues until about the age of eight.

In the event that the metopic suture closes prematurely, a condition known as trigonocephaly, the skull grows significantly more on the sides and in the back resulting in a triangular shaped skull with a peak towards the from in the direction of the forehead. In addition, it can decrease the distance between the eyes.

These signs are typically the first indication of diagnosis of the problem. That said, the final diagnosis of the premature fusion of the metopic suture is performed using various imaging techniques (head CT, MRI or x-ray). The advanced equipment at the Radiology Center at Herzliya Medical Center allow for precise diagnosis of Craniosynostosis including the extent, location and severity.

Treatment of the Premature Fusion of the Metopic Suture

Premature fusion of the metopic suture is considered be a mainly aesthetic issue. That said, the long-term neurological implications are still unclear and therefore the condition is treated not only out of aesthetic considerations but also in an effort to prevent potential brain damage later on.

Like in all instances of Craniosynostosis, the treatment of premature fusion of the metopic suture is surgical during an operation that lasts around four hours. It is recommended that the surgery be performed when the infant is between the ages of four and six months.

It is important to remember that recovery from the operation is relatively long. During the first days following the operation there can be swelling around the eye sockets that is sometimes accompanied by bruising as well. These conditions are self-limited and resolve after a short time.

For roughly six months after the operation, you will be invited with your child for a series of follow-up visits in order to ensure that the skull is developing properly.

All Craniosynostosis operations at Herzliya Medical Center are performed by Prof. Shlomo Constantini and his team. Prof. Constantini is considered to be one of the world experts in all conditions requiring neurosurgical repair in children, including Craniosynostosis operations and surgeries to repair deformities in the structure of the skull in infants.

Are you worried that your child suffers from craniosynostosis?

Is your child’s head triangular or are his eyes too close together?

Contact us today at the Neurosurgical Center for Excellence at Herzliya Medical Center and make sure you get the best treatment for your child.