Surgical Repair of the Sagittal Suture 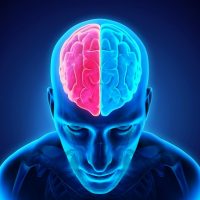 The sagittal suture is located at the top part of the skull and runs lengthwise between the anterior and posterior fontanels (which are the junctions of the sutures). This is one of the largest sutures in the skull, which runs from the area of the crown almost all the way to the forehead.

Premature fusion of the sagittal suture, which is part of a group of conditions collectively known as Craniosynostosis, is not typically considered to be a dangerous entity or serious medical condition; however, it could cause a multitude of aesthetic problems that require surgical intervention by an experienced neurosurgeon.

Craniosynostosis operations for the treatment of premature fusion of the sagittal suture are performed at Herzliya Medical Center by Prof. Shlomo Constantini, one of world’s leading experts.

Premature fusion of the sagittal suture: Characteristics and Methods for Diagnosis

Premature fusion of one of the sutures of the skull is typically manifests as external changes – changes in the structure and shape of the skull. In the event of fusion of the sagittal suture (a condition known as scaphocephaly), the skull cannot “grow” upwards normally, and the growth is therefore mainly forwards or backwards. In such a case, the resulting skull shape is elliptical, or longer and narrower than usual. In addition, the circumference of the skull is typically significantly larger than usual.

During the early stages, these changes do not affect the brain itself and do not cause an increase in intracranial pressure; however, the external, visible changes – which can also manifest as significant protrusion of the front or the back of the head – do require treatment.

The final diagnosis is clinical and sometimes can be assisted by appropriate imaging techniques, such as a CT scan of the head, an MRI or x-ray of the skull. This method allows premature fusion of the sagittal suture to be detected, and a decision to be made regarding exactly how to proceed during the operation.

The Herzliya Medical Center is home to one of the most advanced imaging suites in Israel, and includes advanced machines that meet the highest international standards. This allows the medical staff to ensure that the diagnostic process will be fast and accurate.

Treatment of the Premature Fusion of the Sagittal Suture

Much like in any case of Craniosynostosis, the treatment of premature fusion of the sagittal suture is surgical and is performed by neurosurgeons specializing in the various surgeries related to skull structure both the treatment of children and of infants.

The operation is typically performed at a young age, before the infant reaches 5 kg and before the age of 3-and-a-half months, avoiding the formation of excess intracranial pressure that occurs in the advanced stages and allowing for the most rapid and optimal healing following the operation. The surgery is, of course, performed under general anesthesia and lasts around two hours.

During the operation itself, the surgeon expands the skull by opening and expanding the sagittal suture to create a gap of some 6 cm. The expansion process typically requires, not infrequently, that skull bones adjacent to the suture be moved in order to return the skull to its proper shape during the operation itself. When necessary, the surgeon inserts absorbable plates or sutures that ensure stability of the skull. Note that due to the young age of the infants who undergo the operation, the adjustment of the skull bones is less dramatic and the implications of the procedure are therefore relatively minor.

After the operation, the sagittal suture will remain open and fuse again on its own gradually. This process requires between three and six months and throughout the process, the infant must be handled with certain care, with particular effort to avoid any head trauma. However, these children are so young, and are at an age when they are handled anyway with the utmost care, there is no need to take any extraordinary precautions.

During the first six months after the operation, you will be invited for regular visits with your child during which the medical team will ensure that the sagittal suture is fusing properly and that the skull is maintaining its proper shape.

Is your child’s head narrow and elongated? Is it elliptical shaped?

Are you worried that your child is suffering from premature fusion of the sagittal suture?

Make contact today with specialists in Craniosynostosis at Herzliya Medical Center and make sure that your child receives the best care available.